A lot of car enthusiasts love the idea of upgrading to bigger exhaust pipes because they believe that bigger is always better. While there are some situations where this is true, most of the time it's not. Read on to learn why. 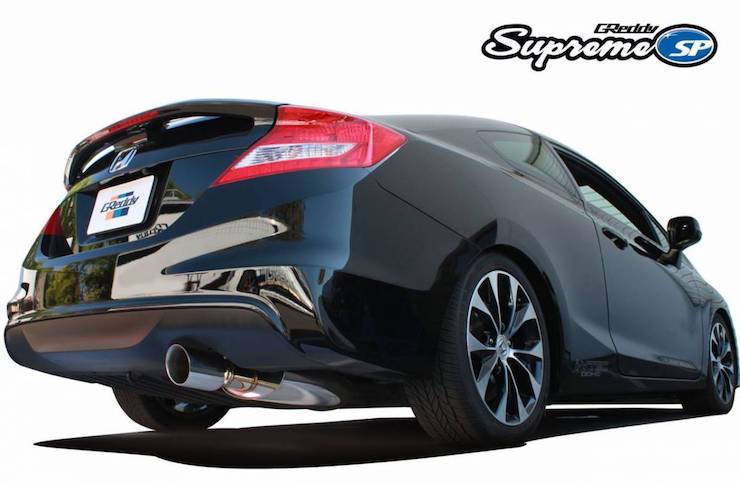 Is this Greddy Civic cat-back exhaust the right unit for your car, or should you build your own mega-sized exhaust instead?

While bigger exhausts can be better in racing - where engines spend most of their time at wide-open-throttle and high RPMS - most street cars are better off with an exhaust size the same size as a factory setup. The reasons are simple:

Basically, the exhaust tubing on your Civic was designed to maximize scavenging effects, which maximizes horsepower.

A right-sized aftermarket exhaust system like this one from Magnaflow will usually be the same size as the OEM exhaust system, or just a bit bigger.

Big exhaust pipes cause your exhaust gases to expand. As they expand, they cool. As they cool, they slow down. The more exhaust your engine produces, the less the gas expands. The less it expands, the less it cools, and the faster it goes.

Because performance suffers when exhaust size grows too big, it's important to get an exhaust system that's either the same size as OEM or slightly larger. 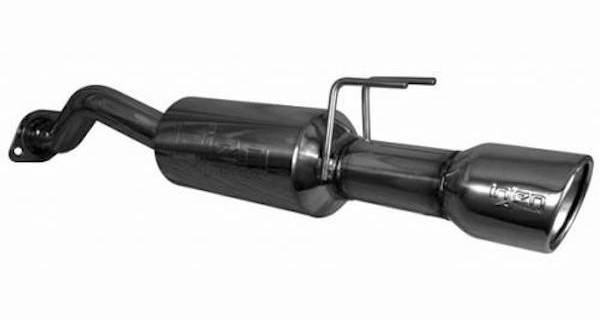 This Injen axle-back exhaust is basically just a replacement muffler. It's very affordable, and increases power despite having a low cost. It sounds great too!

If a cat-back system isn't in the budget, consider replacing your Civic's muffler only. The OEM muffler is usually a bit of a performance issue, as it's designed to be quiet rather than efficient. If you swap out an OEM muffler for an aftermarket performance unit, you'll get a better sound out of your car and a little bit of power too. And the cost? $200 is the most you can spend, and most mufflers are half that cost.

In a nutshell, bigger isn't always better when it comes to upgrading your Civic's exhaust system. It's not about total horsepower as much as it is about day-to-day street performance. If you're not a racer, it's better to boost your Civic's speed from 0-60 than its speed on the race track.

Last, but not least, don't build your own exhaust system. It's too hard to create a system that matches the quality of either your OEM system or a tuned cat-back exhaust system from a reputable brand. DIY exhausts often use crush-bent pipe, which hurts performance quite a bit, and most DIY'ers oversize the tubing. Don't mess with it.

Instead of spending time and money trying to reinvent the wheel, just buy a good quality exhaust (or aftermarket muffler) and call it good.