You haven’t lived until you’ve seen a 1000HP Honda Civic in action. Check it out:

Crazy, isn’t it? Totally, but it’s not uncommon. Plenty of Honda Civics out there can give Lambos a run for their money. Even four-cylinder Hondas, like this one:

That, ladies and gentlemen, is proof that a four cylinder Honda engine can crank out over 800 horsepower with the right mods. If you own a Honda with a naturally aspirated 4-cylinder and you’re itchin’ to triple its horsepower, and you're wondering "how the heck can they do that?!," keep reading.

Step 1: It Starts With at Least One Turbo

There's a good rule of thumb for calculating boost and horsepower: for every 15 pounds of boost, you'll double your total horsepower. So, if you have an engine that produces 160hp when naturally aspirated, you're going to need 45 pounds of boost (and an efficient intercooler) to get near 800hp. 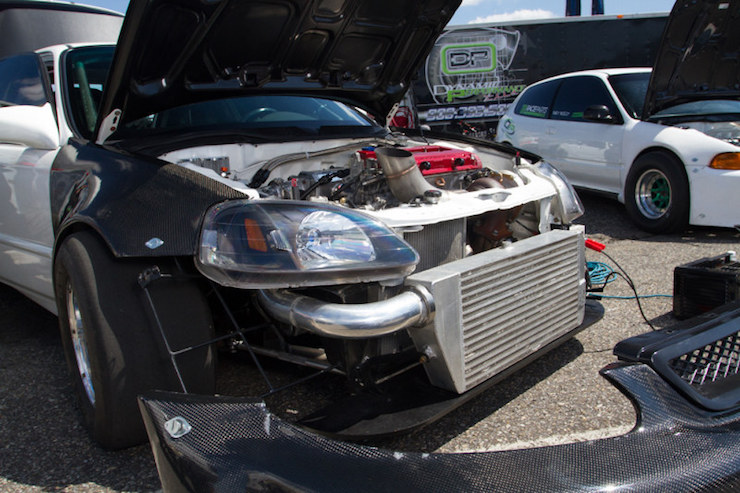 Check out the HUGE intercooler on this drag car.

Granted, there are a lot of caveats and exceptions to the rule, but the first step in getting your 1.8L up to 800 horsepower is to come up with your turbo plan. The specs and technical details of properly sizing and configuring a turbocharging system are beyond the scope of this article. Suffice to say, you need to hunt down a kit for your specific vehicle that adapts an aftermarket turbocharger to your engine, or you need to build your own.

Step 1A: You Need Upgraded Internals, Too

Turbocharging an old Honda motor with a lot of mileage is a great way to blow it up, even if you size everything correctly and are very careful. That's because high mileage motors often need a rebuild, and rebuilding is a great excuse to swap out some of your internals for heavy-duty components.

But even if you don't have a high mileage motor, it's a good idea to "harden" certain components in your stock engine. Depending on which Honda engine you have (B-series, D-series, K-series, or R-series), your upgrade list will differ. Again, that's kind of beyond the scope of what we're trying to do here. All we'll say is that Google is your friend.

Additionally, if/when you bolt on a turbocharger system, your engine compression ratio may need to change. That can be accomplished by replacing your stock pistons and/or cylinder head.

Basically, the point is that your turbo upgrade plan goes hand-in-hand with your engine rebuild and upgrade.

If you're going to run 800hp, you're probably going to need to do it with a manual transmission. While you can always find a way to make something work, most serious high horsepower Hondas run with a manual gearbox. It's just easier to build these up to be strong enough for the track than it is to beef up an automatic transmission.

Of course, if you talk to the guys that actually have 800hp Hondas, they all run dogbox transmissions that are purely made for racing. Stock transmissions can be beefed up quite a bit, but once you get over 600hp or so, they reach their practical limit.

A vehicle making 800hp burns about 2 gallons of gasoline every minute. While that's a rough estimate, it's a good illustration of just how serious a fuel system needs to be to deliver gas to a high horsepower engine.

You'll need to upgrade the entire fuel system. That includes the fuel tank itself, which needs to be race spec. The injectors, fuel pumps, and tank for an 800hp car can cost you a small fortune, though. 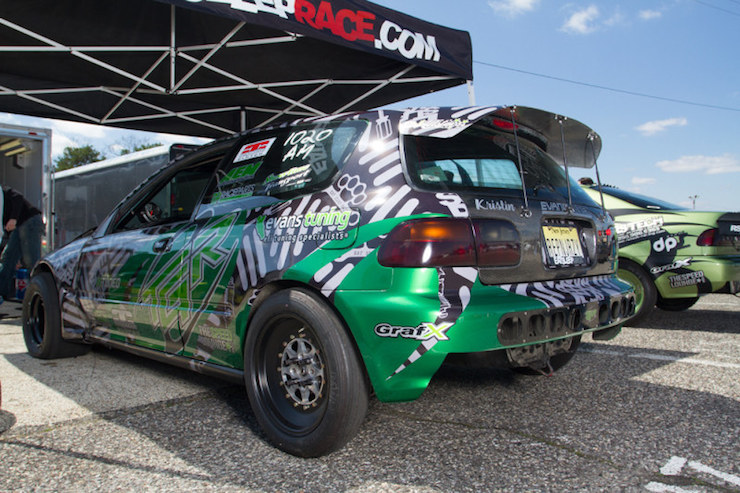 Gotta have a parachute if you're going to run faster than 150mph.

If you have an 800hp car, you're going to want to make it ready for the race track. That means you'll need a roll cage, a drag chute, upgraded brakes, big drag slicks, a fire extinguisher, and a fancy helmet.

As you can see from our basic rundown, you can get your Honda 4-cylinder up to 800hp, but you're going to need to spend some serious time and money doing it. 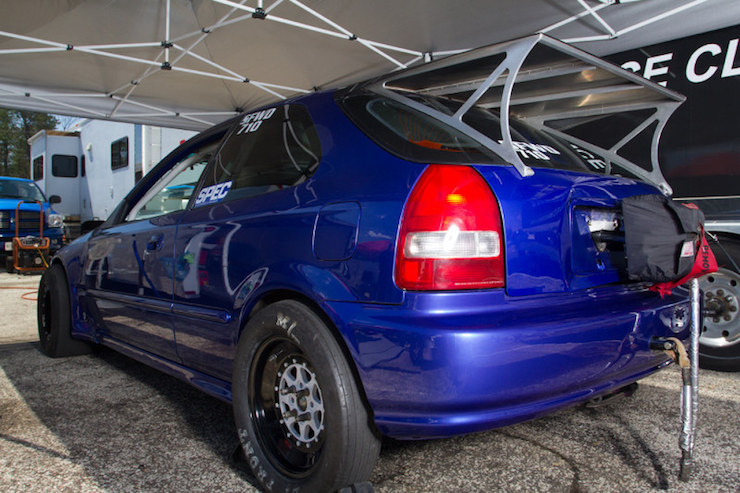 If the idea of spending thousands of dollars and hundreds of hours on upgrading your Honda doesn't float your boat, check out our selection of Hondata ECU upgrades. They offer an easy and affordable path to increased horsepower, without any major changes to your car.