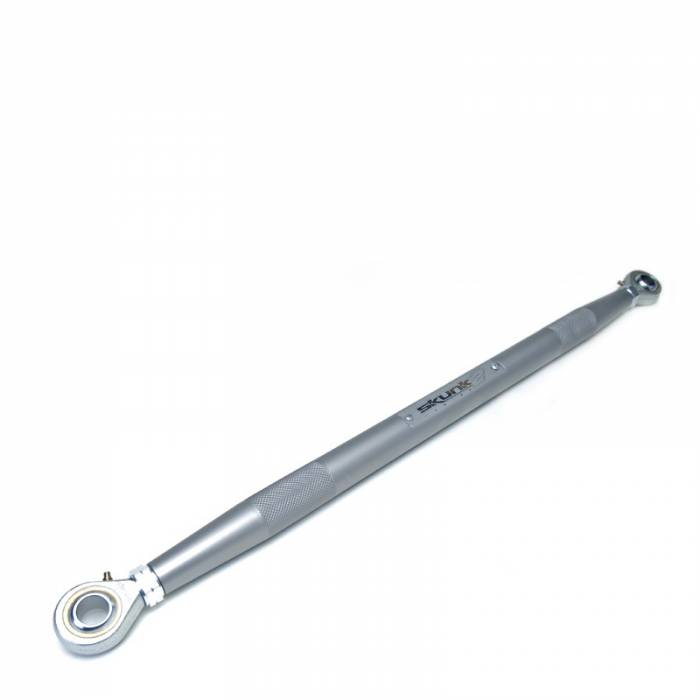 Skunk2’s Hard Anodized Rear Lower Arm Bar for the ’96-’00 Civic is based off of the same technology the company’s been using on its own race cars for more than a decade. Skunk2’s Rear Lower Arm Bars are a must-have for enthusiasts looking to fine-tune their chassis for maximum handling performance. Manufactured from aircraft quality, 6061 aluminum, Skunk2’s Rear Lower Arm Bars are designed to tie the chassis at its rear suspension points, resulting in reduced chassis distortion and increased rigidity during hard cornering and aggressive driving.