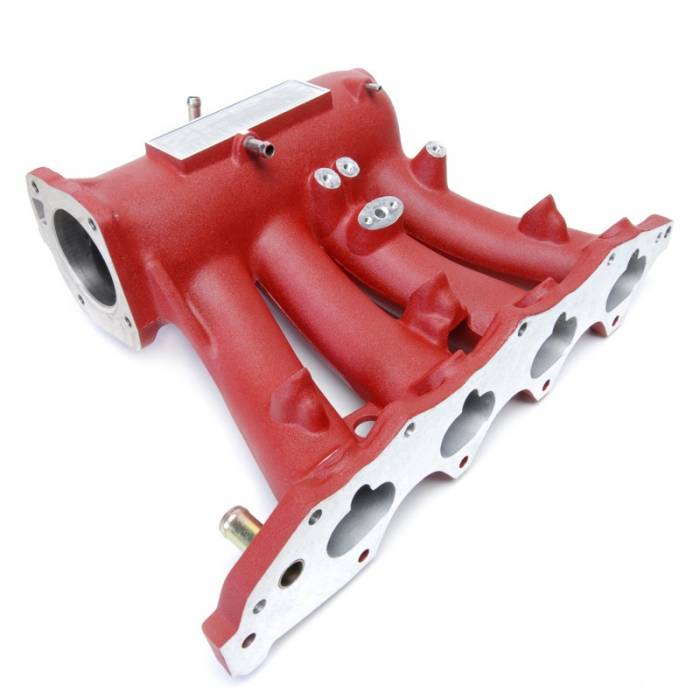 More than a decade ago, Skunk2’s engineers looked to the popular Integra Type R intake manifold for inspiration and went back to the drawing board. Skunk2’s Pro Series Intake Manifold in its signature Red Series finish for Honda's B-series VTEC engines (non-GS-R) features a larger plenum and oversized runners when compared to the ITR manifold for maximum horsepower and torque gains. Instead of producing a manifold with a significantly oversized plenum and excessively short runners that would sacrifice mid-range power, the Pro Series manifold was designed for the “street enthusiast” who wants more power but doesn’t want to sacrifice mid-range performance to get it. The results are improved airflow, an enhanced venturi effect, and both mid-range and top-end power gains.