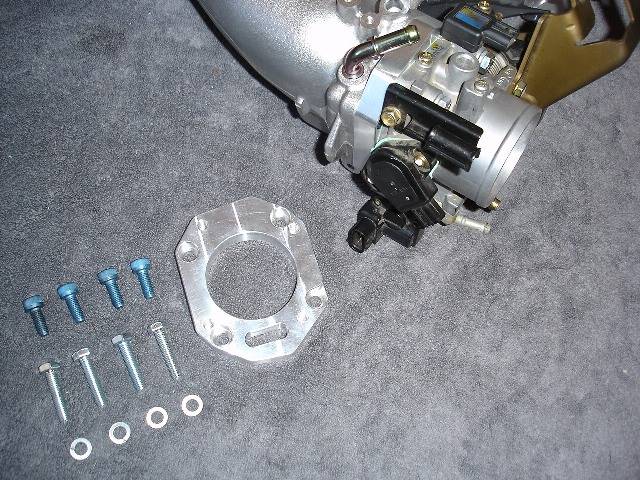 Karcepts, Inc. is proud to offer the SOLUTION to directly bolting up an 02-06 RSX-S/ITR or 02-05 Civic Si/CTR Throttle Body to an Accord Euro R or 06 Civic Si Intake Manifold.

Note: If attempting to install a throttle body and intake manifold into a vehicle/engine/mount combination not currently confirmed, modifications to your chassis may be extensive.

We are running this on our CorSport EP3 with the RBC Intake Manifold on a turbo system pushing 340-380whp.

US Shipping is included in the price