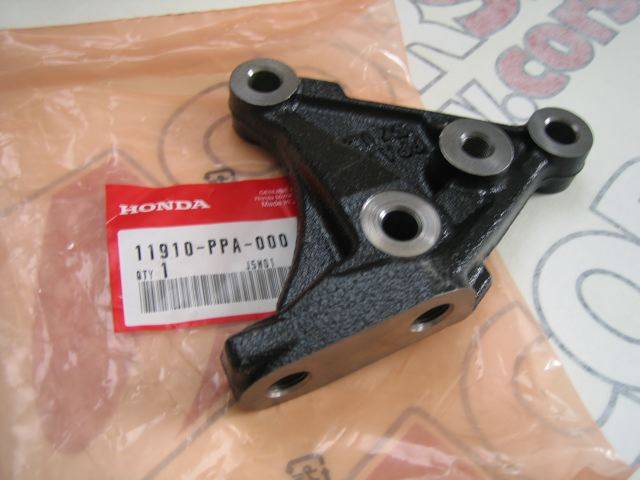 Looking to make your K24 engine compatible with popular swap mounting kits? This OEM motor mount does the job. Manufactured by Honda, this mount (OEM part number 11910-ppa-000) is made for the passenger side on the following vehicles with a K swap:

Like all OEM performance parts, this Honda passenger side motor mount, which weighs 1.8 pounds, is covered by the manufacturer’s factory warranty. Installing this part won’t affect your factory warranty.

Our goal is to help your Honda reach its full potential with genuine Honda parts, as well as high-quality aftermarket performance and tuning parts. We carry many aftermarket and original genuine Honda K swap parts, ranging from turbo manifolds to injectors to K swap packages. See the entire selection here.